Back to Previous Page

Elcis have been manufacturing Encoders, both incremental and absolute, since 1974. During that time they have established themselves as a major supplier of position transducers, with a wide range of products, catering for all industries with the ability to fuflill all present and future requirements in the industrial automation field. 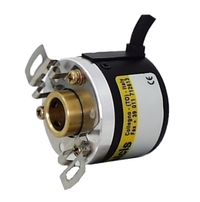 These Units are available with various connections, voltages and pulses per revolution. The range includes the following models: 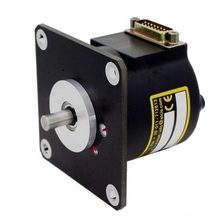 Absolute encoders have several concentric tracks suitably marked to be simultaneously scanned thus giving a parallel coded (Gray, pure binary, BCD, etc.) output signal for each angular position. It is then possible to have a complete knowledge of the shaft position at the first turn-on without any need of a digital counter nor of a return to zero. This because the output has the form of a codified word of n bits. This also warrants for immunity to electrical noises. Absolute encoders are therefore used in all applications in which data acquisition requires very long time and where the absolute  information certitude is mandatory. On the other side, an absolute encoder is more expensive than an incremental one because of its intrinsic complexity.

The following models are available:

I understand that I may unsubscribe from the list at any time. I can do this by contacting Torsion Dynamics directly, or by clicking on the unsubscribe link in any future emails I may receive.